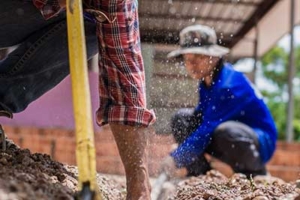 With NexGen doing their soil testing, our clients can be sure that they are getting clear, true results. They know whether the soil on their California property is suitable for their proposed development. This is one of the first steps that should be done before any septic system design starts. The soil under a structure takes a lot of stress. It needs to be tested to make sure that it will be able to support a building. No one wants to be rebuilding after a disaster when their structure collapses or is damaged because of unsuitable soil.

There are different types of California soil tests that NexGen can complete to check soil quality. The properties of the soil determine which type of test is the one that is done. Soil testing is done in the lab and in the field. Incidentally, a structure’s foundation design is determined by the results of the soil test report.

The five most common soil tests that NexGen does for new construction are as follows:

Moisture Content Test. When NexGen does moisture content soil testing in California, we are checking for the water content in the soil. This is important to know because if there’s too much or too little, the soil won’t support a structure properly.

There are numerous methods of determining water content in the soil, but the most common and accurate method of moisture content testing is the oven drying method. In this method, a soil sample is taken from the site, weighed, and placed in an oven. It is dried at 110°C. After 24 hours have passed, the soil is removed from the oven and then weighed. The difference in the weight after it has dried in the oven is then notated. 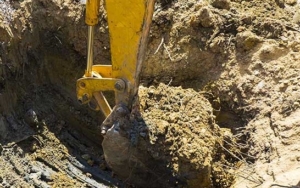 Specific Gravity of Soil Test. This is a test NexGen does to determine the ratio of soil density to water density.

Compaction Soil Test (The Proctor Test). The Proctor test is done by NexGen to find out the compaction characteristics of soil. The amount of compaction is measured by dry soil density. Reducing the air voids in the soil by densification creates compaction.

For this soil test, the soil is sent through a large and a smaller sieve. The amounts that pass through and are retained on the small sieve are mixed in a specific proportion. Water is added to the mixture, and it is then left in an air-tight container for 20 hours. After the 20 hours is up, the soil is taken out, mixed, and then divided into parts. One of the parts of the soil is poured into a mold and pressure is applied to the soil sample. The soil sample and mold are weighed. A portion of the sample is taken and a water content test is conducted. The optimal moisture content is measured when the soil at its most dense state and it has achieved its maximum dry density.

Dry Density Test. The weight of the particles of soil in the given volume of a sample is known as the dry density of the soil. Specific gravity and void ratio affect dry density. Soil is classified as loose, medium-dense, and dense.

Atterberg Limits Testing. NexGen knows soil can be in four states: solid, semi-solid, liquid, and plastic. Which state the soil is in depends on the water content of the soil. A Swedish scientist, Albert Atterberg, defined limits of soil consistency in fine-grained soils. These methods are still used in determining liquid limit, plastic limit, and shrinkage limit of soil. These three limits determine the properties of fine-grained soils. In these three tests, the fine-grained soil is tested, and critical water content is measured. 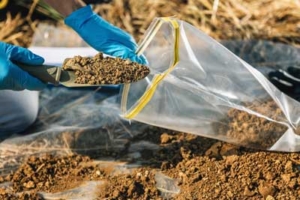 Soil testing in California is crucial to our clients’ projects; that’s why they rely on us. With NexGen’s almost 30 years in the construction industry, we’re applying innovative approaches to engineering. Our goal is our clients’ satisfaction, and we reach that with our experience and our commitment to quality work and safety practices.

We leverage the cross-industry experience, skills and knowledge of our team to fuel creativity and ingenuity.

Partner with our team today on your project and we’ll help you every step of the way. Let’s design a better world together.

Make a mark in the engineering world with a highly-experienced and passionate team. Let’s make an impact on the world starting with our own communities.